Aside from a few appearances on the Tailgate Talk Show podcast,  I’ve been quite absent from this website since late last summer.

Between work, planning a wedding, and crying into my pillow at the Philadelphia Eagles 2016 season (which I’ll get into) I finally have the time to return with a blog.

After a fun 2016 season, at both the college and professional level, I just want to hit on a few talking points from this season.

Granted, the offseason is still fresh as free agency hasn’t begun yet.

Still, there are a few things from this season, and from this still young offseason, I want to touch on.

A championship game for the ages

You don’t have to like them, but you can’t argue that what the New England Patriots have done as a franchise since Bill Belichik became head coach in 2000.

Call it a meltdown from the Atlanta Falcons, who were up 28-3 with a quarter-and-a-half to play, or call it the greatest head coach-quarterback combination of all time doing their thing.

Super Bowl 51, in my honest opinion, was the best Super Bowl of all time and it will take years to top it.

Aside from Super Bowl 51 and the Divisonal Round game between the Dallas Cowboys and Green Bay Packers, this was a terrible season for playoff football.

Of the 11 games this postseason, only three were decided by one possession or less. That doesn’t make for exciting football.

Ben Roethlisberger had arguably the best rookie season at the quarterback position in 2004 when he went 13-0 in the regular season and led the Pittsburgh Steelers to the AFC title game.

Right behind him is Dak Prescott, who filled in for an injured Tony Romo and made the starting job his, finishing the season 13-3 as a starter (although Prescott did not finish the season finale in a loss against the Philadelphia Eagles) and leading the Dallas Cowboys to a comeback in the Divisional Round of the playoffs against the Green Bay Packers. Aaron Rodgers would do Aaron Rodgers things from there to win the game.

Carson Wentz had an okay rookie year, starting hot with a 3-0 start and tossing 7 TDs to 0 interceptions, but finished the year with a 7-9 record and a TD-INT ratio of 16-14.

You can argue that Prescott had the better season because he had more talent (pro bowl running back, healthy offensive line, and pro bowl receivers/tightends,) but in the end, isn’t that what makes a good team good, when all of the pieces are working instead of just one?

Prescott and Wentz could become the next great QB rivalry provided the Cowboys can maintain the talent Prescott has and the Eagles can surround Wentz with the talent he needs.

First-overall pick in the draft Jared Goff didn’t see action until late in the season and went 0-7 as a starter with the Los Angeles Rams but tossed 5 TDs to 7 INTs, including three TDs in only his second career start. With a new head coach in former Washington Redskins offensive coordinator Sean McVay, Goff should have a better sophomore year.

Paxton Lynch started two games with the Denver Broncos and played okay, tossing 2 TDs to 1 INT, but he might remain on the bench for one more season behind Trevor Siemian.

Cody Kessler played surprisingly well in eight starts with the Cleveland Browns throwing 6 TDs to 2 INTs and 1,380 yards, but it’s unlikely the Browns will go into 2017 with him as the starter as they may stick with Robert Griffin III for now.

A handful of teams come to mind when I think of disappointments such as the Arizona Cardinals, the Carolina Panthers, the New York Jets, the Cincinnati Bengals and the Baltimore Ravens.

But, the AFC South as a whole was a big disappointment.

The Tennessee Titans I’m leaving alone as not much was expected from this group, yet they finished 9-7, their first winning season since 2008, and was in the division title hunt until the last two weeks of the season.

They did all of this with Mike Mularkey as their head coach, who doesn’t have a great track record as a coach, and some stellar play from second-year quarterback Marcus Mariota before breaking his fibula before the season ended.

Brock Osweiler signed a $72 million contract with the Houston Texans and essentially stole the money as he tossed 14TDs to 16 INTs and was benched in favor of Tom Savage before taking the starting role back after Savage got injured.

The Texans still won the division at 9-7 and beat a wounded Oakland Raiders team in the Wild Card round before falling to the Patriots in the Divisional Round.

Andrew Luck became the highest paid quarterback in NFL history this past offseason despite missing nine games in 2015 with an injury and being incredibly inconsistent with the ball, thrrowing 15 TDs to 12 INTs.

Head coach Chuck Pagano and General Manager Ryan Grigson were both retained going into 2016, but Grigson was fired after another dismal season in which the Colts finished 8-8 for the second straight year, but Luck bounced back throwing 31 TDs to 13 INTs.

The problem continues to be surrounding Luck with the weapons he needs as the team relies on him too much and it’s beginning to show as he can’t continue to carry the franchise. 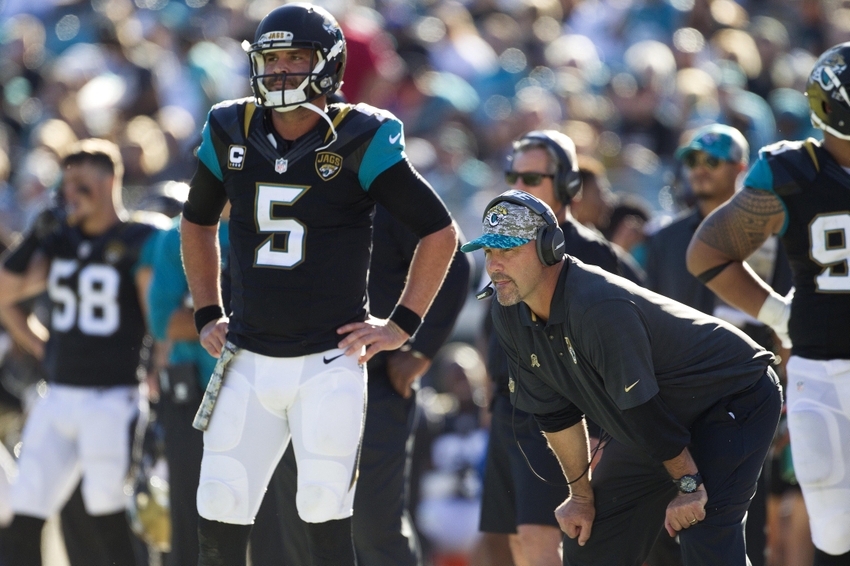 The Jacksonville Jaguars, in my opinion, were the biggest disappointment this season.

After finishing 5-11 in 2015, but having the best offseason in which they signed key weapons in free agency and fixed other holes in the draft, the team was poised to make a leap.

I didn’t expect them to finish above 8-8, but still, it would’ve been their first non-losing season since 2007 and the team would’ve hopefully improve from there.

Gus Bradley was fired before the end of the season and team is ready to roll with Doug Marrone as head coach and Tom Coughlin, the franchise’s first head coach, as the Executive Vice President of Football Operations.

Overall, a division that was expected to be one of the best in 2016, wound up being the worst.

Two teams come to mind when I think of them being down-and-out only to prove the world wrong – the Packers and the Miami Dolphins.

The Dolphins started the season 0-4 but went 10-2 over the next 12 games thanks to some good defense from guys like Bryron Maxwell, Kiko Alonso, Ndamukong Suh and the returning Cameron Wake.

The offense played well under the offensive minded first-year head coach Adam Gase, and Ryan Tannehill was playing some decent football before going down with a knee injury right before the playoffs.

The Packers were probably the most heavily scrutinized team as they sat at 4-6 and fans were calling for head coach Mike McCarthy’s head and the removal of general manager Ted Thompson.

Critics cited Aaron Rodgers trying to do everything on his own as well as Thompson’s stubbornness against signing free agents from other teams, as the lack of depth on the team showed when injuries began to mount.

But, like when Rodgers said his famous “R-E-L-A-X” line, he said the Pack could run the table, and run it they did as they finished 10-6 and made it to the NFC Title game.

It just goes to show, as long as McCarthy and Rodgers are in Green Bay, the Pack are never to be counted out.

The silver and black are back

When I think of teams that surprised me this season, some stick out like the Cowboys, the Titans, and even the Detroit Lions.

But, one team that I have to give total credit to for a surprise season is the Oakland Raiders, a team who, unlike the ones mentioned above, hadn’t had a winning season since 2002.

Derek Carr had an MVP-like season at quarterback and Khalil Mack won Defensive Player of the Year.

Had Carr not gotten hurt, I think we would have seen the Raiders make a deep playoff run this.

Credit head coach Jack Del Rio for turning a team that was 3-13 two seasons ago to back to maybe being a dominant force in the league like it was back in the 60s, 70s and 80s.

I can’t wait to see what happens in 2017 with the Raiders!

The Chargers on the move

The Rams hopped in their moving trucks and relocated from St. Louis to LA prior to the 2016 season which made for one pretty bad season of Hard Knocks.

Now, the Chargers are on the move as well as stadium attendance was down and the other 31 owners opted not to approve the team a new stadium.

They’ll be playing in the StubHub Center, which holds only a maximum capacity of 30,000 people as plans for a new stadium in LA are drawn up.

The Chargers haven’t had a winning season since going 9-7 in 2013 and are under new head coach Anthony Lynn, but LA residents are resenting the team as they already have a team in place, albeit, the not-much-better Rams.

San Diego residents feel the team turned its back on the city and dumped their jerseys on the doorstep of the Chargers’s facility the day the move was announced.

One fan pledged his allegiance to the Oakland Raiders that’s how mad he was!

Here’s a list of some offseason activities coming soon. We’ll do our best to blog about these some of these events, but as always, tune in weekly to the Tailgate Talk show podcast.